Referencing the past with an array of Black Rabbit Architecture + Interiors’ Number 6 House elements and textures provides a much-needed update to a home suffering from some kind of identity crisis.

Located in the Adelaide Hills, modifications and a new addition have been made to the house to breathe new life into it. Warm materials culminate with dark undertones that define interiors. Black Rabbit was thoughtful in its approach to the addition, wanting to complement the site and not overdo the space. 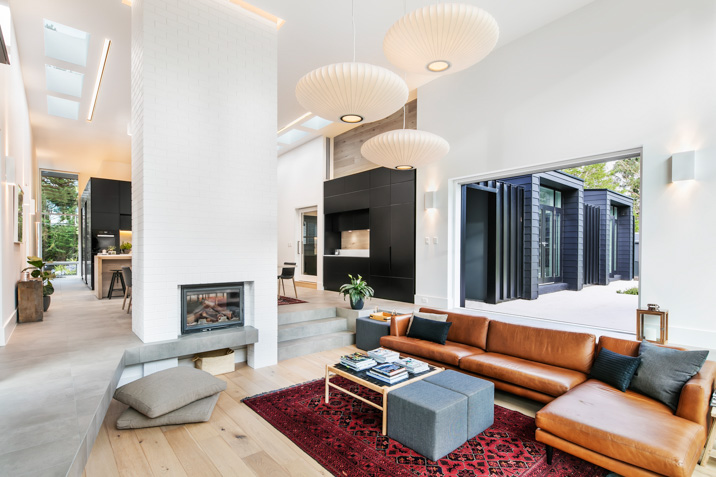 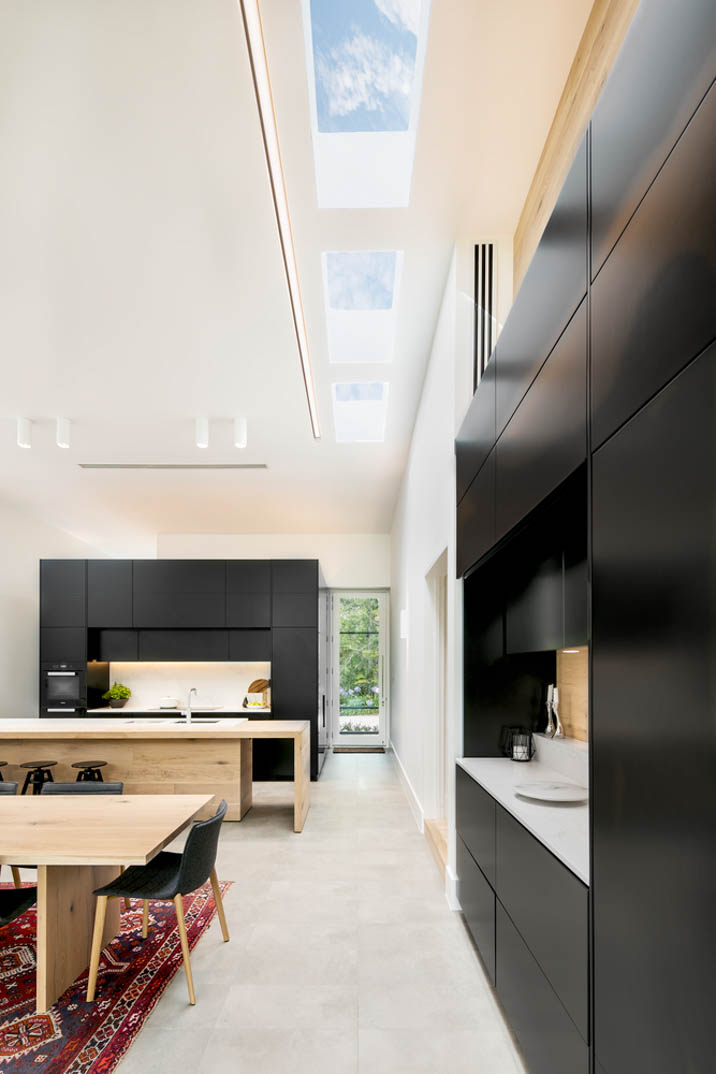 The addition contains the new kitchen, living and dining areas and conceals the functional spaces including the pantry, laundry room and powder room. The addition separates the parents’ wing from the children’s bedrooms. The redesign of the existing dwelling ensured that the extension was not overwhelming. 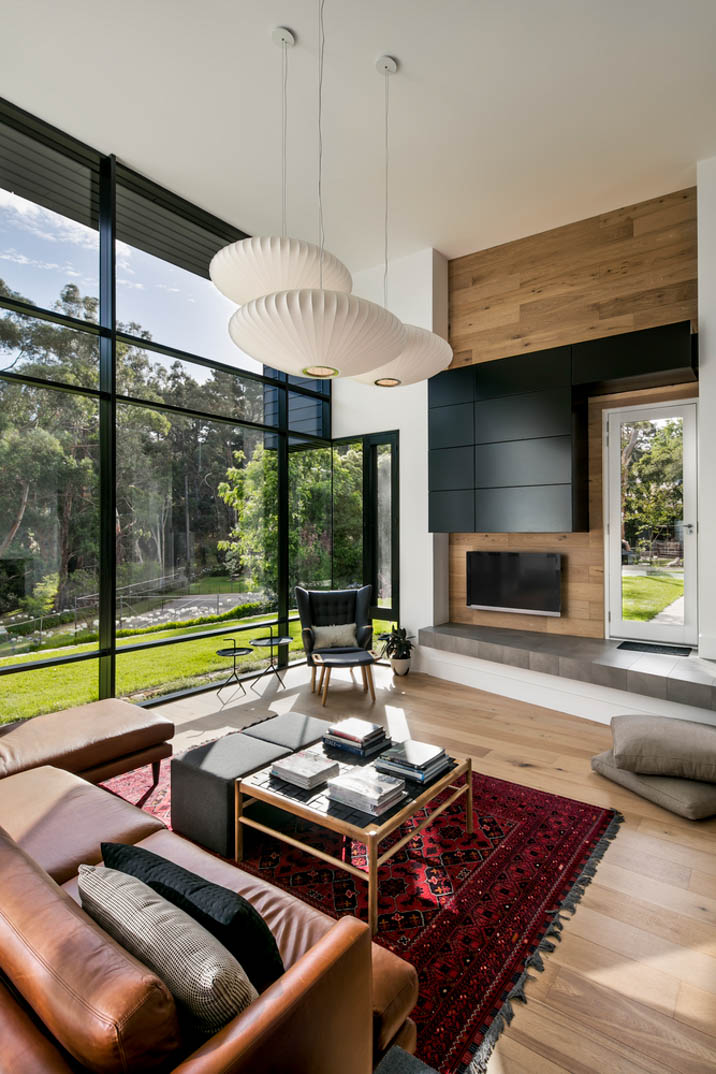 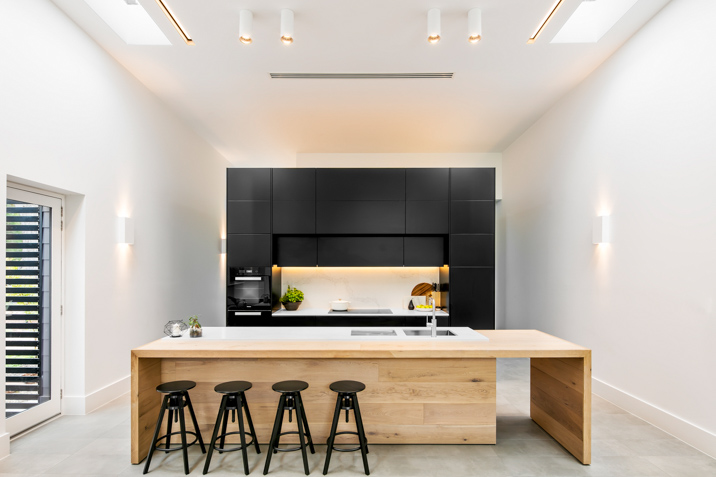 The addition has been deliberately scaled down to allow for maximized views of the valley without increasing the clutter of the space. Charcoal cladding, Maxline cladding and raw concrete paving form the texture palette of the exterior providing a striking yet grounded dwelling. 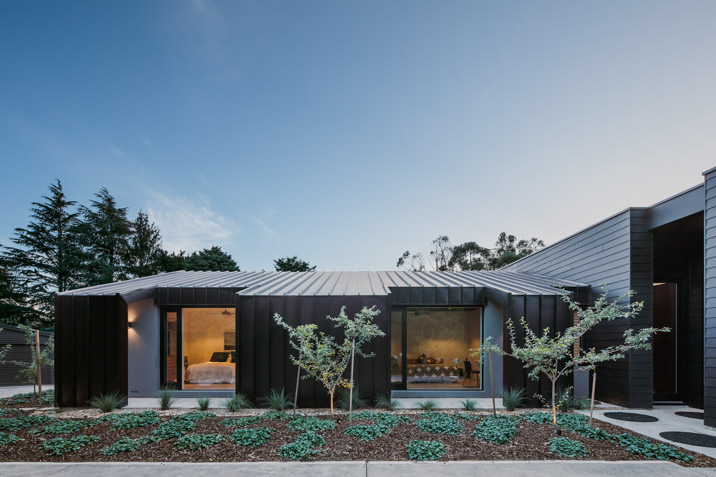 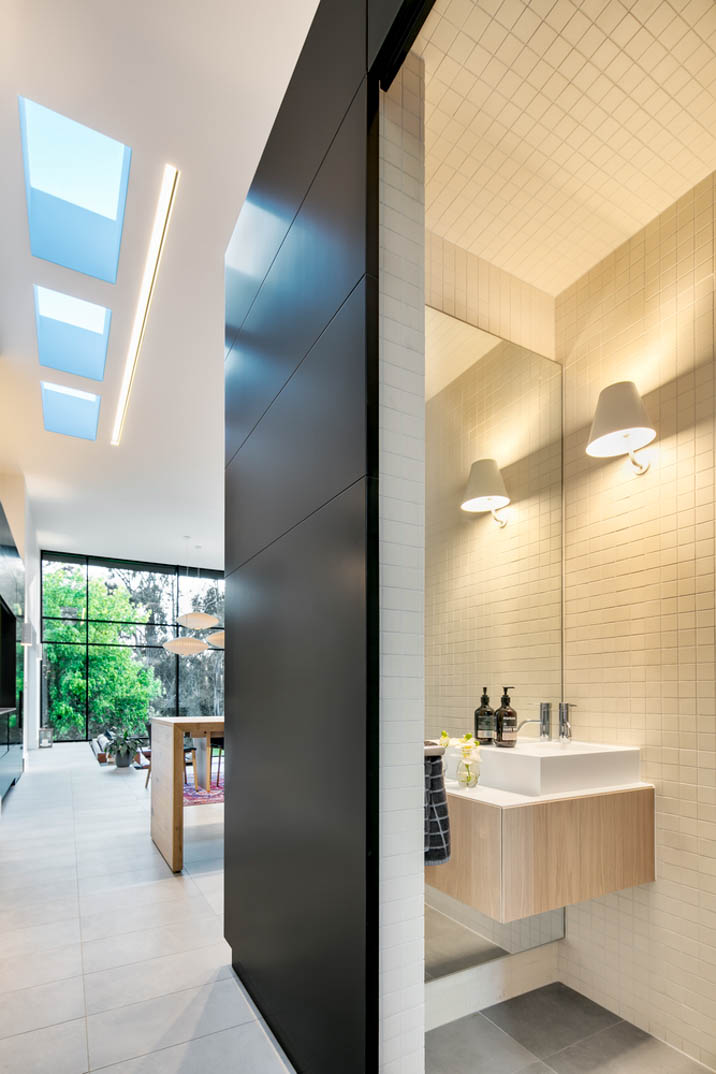 Internal collaboration between Black Rabbit’s interior and architecture teams allowed for a natural evolution of the project. Working closely with the engineers also allowed for a unique structural solution of large spans and overhangs. 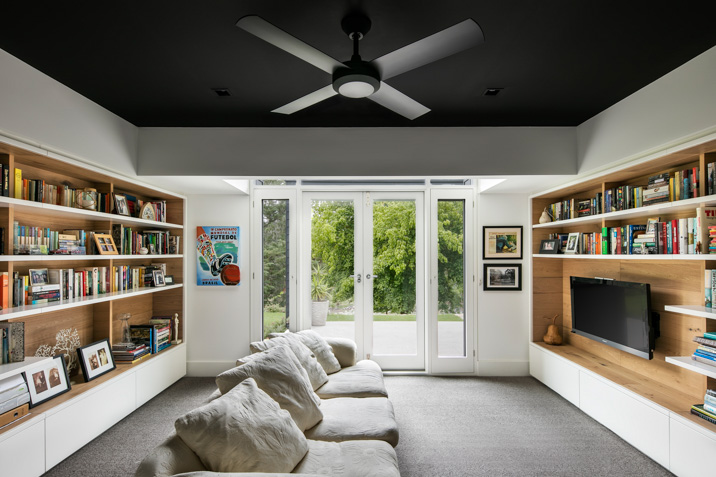 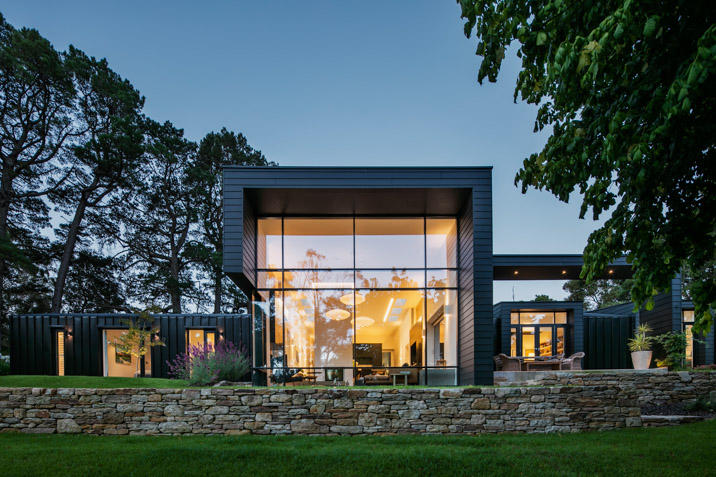 The modification and addition of Number 6 House has created a well-defined, bright and graceful space. The mid-century modernist design language of the family home makes it a comfortable dwelling despite its size, with Black Rabbit ensuring that the site and later views were properly celebrated.